In his 2012 doctoral dissertation in the field of Human Development at Marywood University, Erkan (sometimes Ercan) Acar uses the word "unique" more than once in describing the "Gulen-inspired school" Pioneer Academy of Science, located in New Jersey:
The latter assertion, that other schools would benefit from adopting some of the Pioneer school's methods, is put forth several times by Acar, such as in the following line about home visits: "Accordingly, such a simple activity can be transferred to improve overall academic and disciplinary success in any other schools in the United States."

Copying text from elite private schools rather than producing it in-house or hiring a PR firm results in cost-savings.  Profit margins can be increased even further, however, by copying an entire website, thereby reducing salary expenses for both PR and web development personnel.  A Gulen school in Mozambique, the Willow International School (founded 2003) has been on the front lines of such economization.  During a period in Oct-Dec 2012, it was possible to observe in real time how the Willow school copied the entire website of the upscale Glenelg Country private school in Howard County, Maryland, and modified it for its own purposes.  Even in May 2013, a Google search of the words "Willow International School Mozambique" still brought up meta-data indicating it was "founded in 1954" and "is the only independent college preparatory pre-K through 12 school in Howard County:" 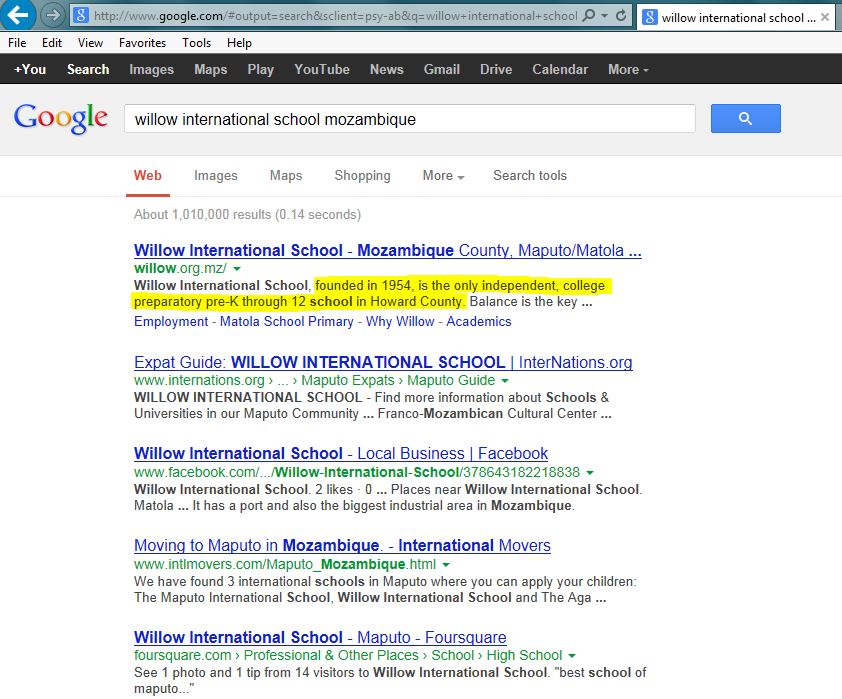 Is there a Howard County in Mozambique?  No, but there is one in Maryland, and the Glenelg Country School (founded 1954) is located there.  Whoever copied the Glenelg school's website neglected to change the site meta-data that is used for Google indexing: 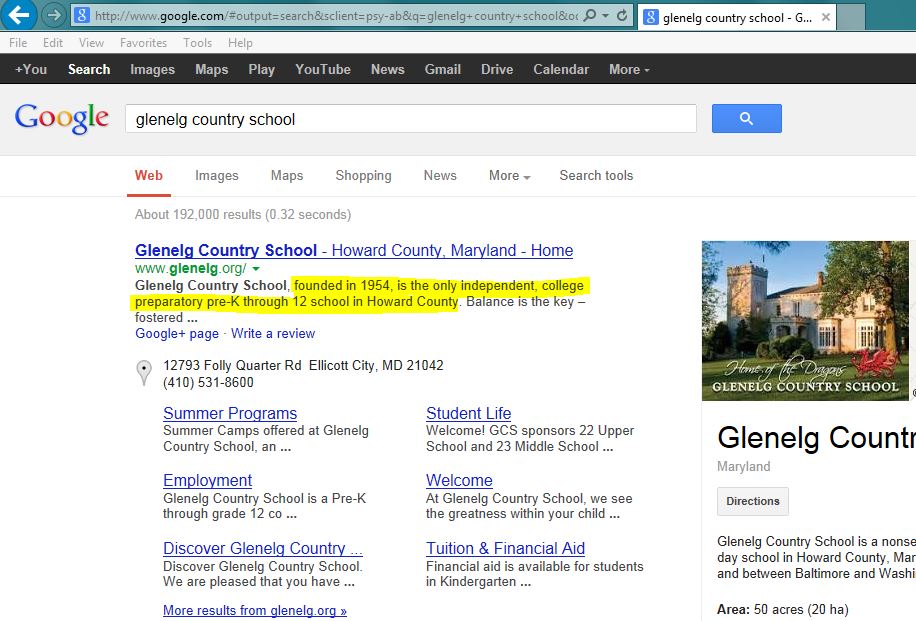 When accessed in Oct-Dec 2012, the Willow website still contained references to Maryland, to the Glenelg Country School, and even to the photos and names of some Glenelg employees, as shown on the following screenshots, all taken from the Willow school website, http://willow.org.mz.  The next screenshot shows two members of Glenelg's counseling staff: 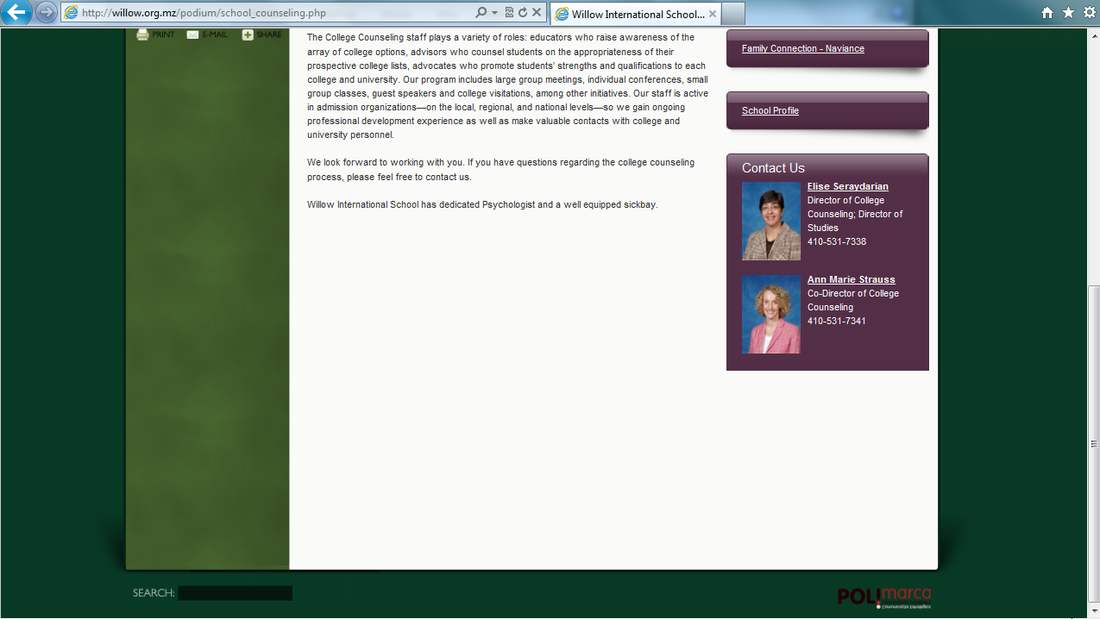 Note how this screenshot, taken in Dec 2012, shows references to Maryland athletic leagues: 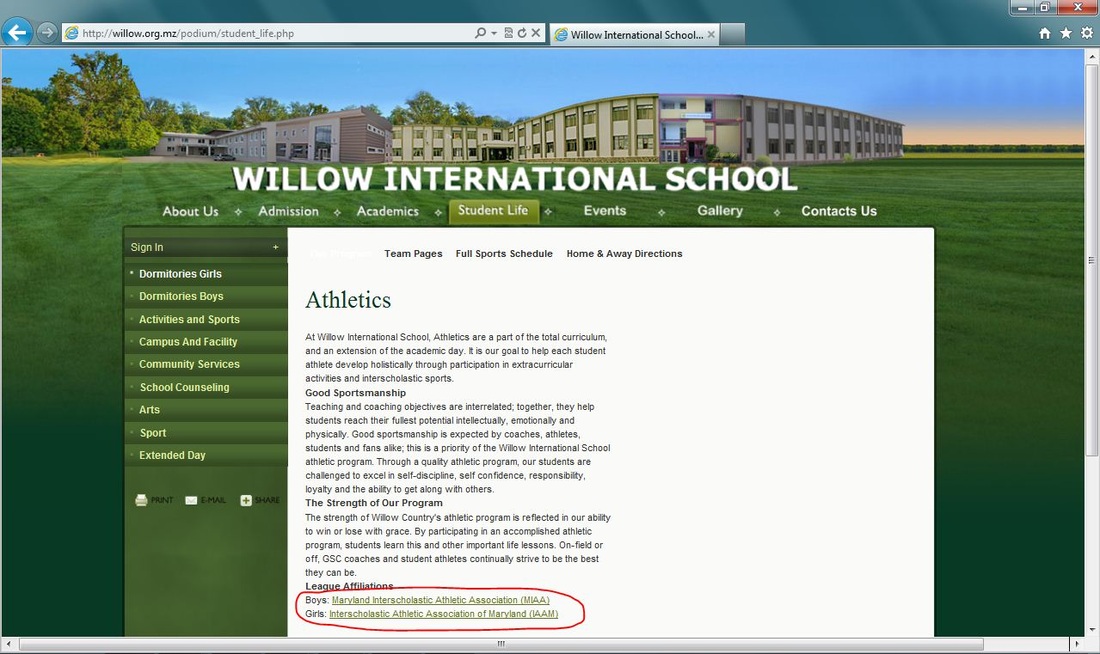 The expansive green lawn is lovely (see http://www.glenelg.org to view it in situ) but improbable.  Mozambique has suffered from severe droughts for years.
The Willow school website has a "Head's Welcome" letter (i.e., a letter from the principal) that is a near-verbatim copy of a letter from the Coxhoe Primary School, an elite private school in the United Kingdom.  (Link accessed Dec 2012.  It is necessary to mouse-over "Head's Welcome" to see the version closest to the Coxhoe letter.  Without the mouse-over, another version of the letter is displayed that has been edited slightly, but still obviously derives from the Coxhoe letter.) 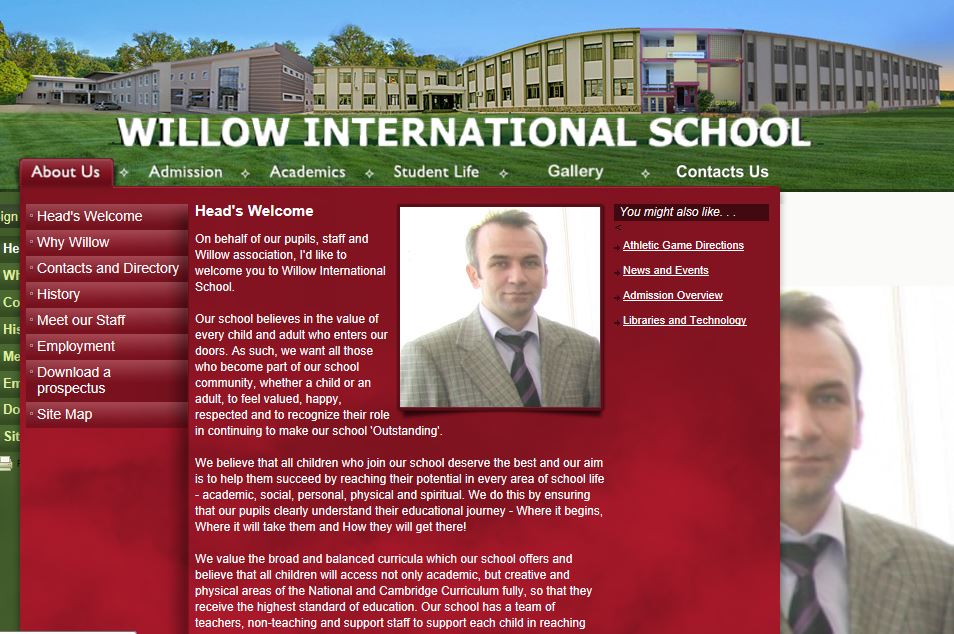 This is just an additional screenshot to show the web address (the text is easier to read in the image above): 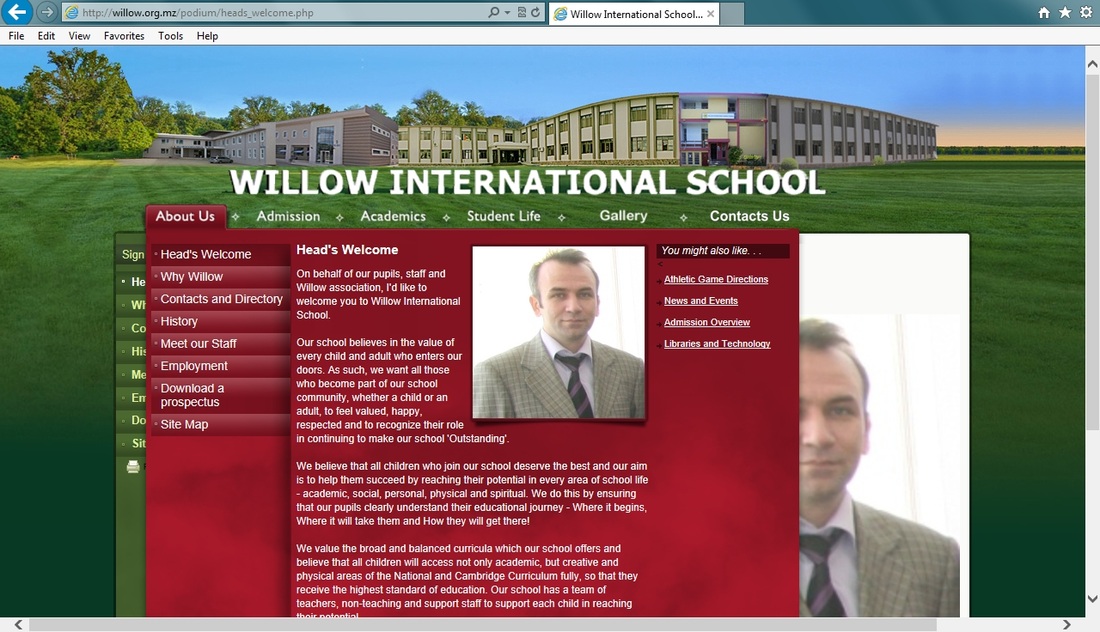 Here, for comparison, is a screenshot showing the original letter on the Coxhoe Primary School website: 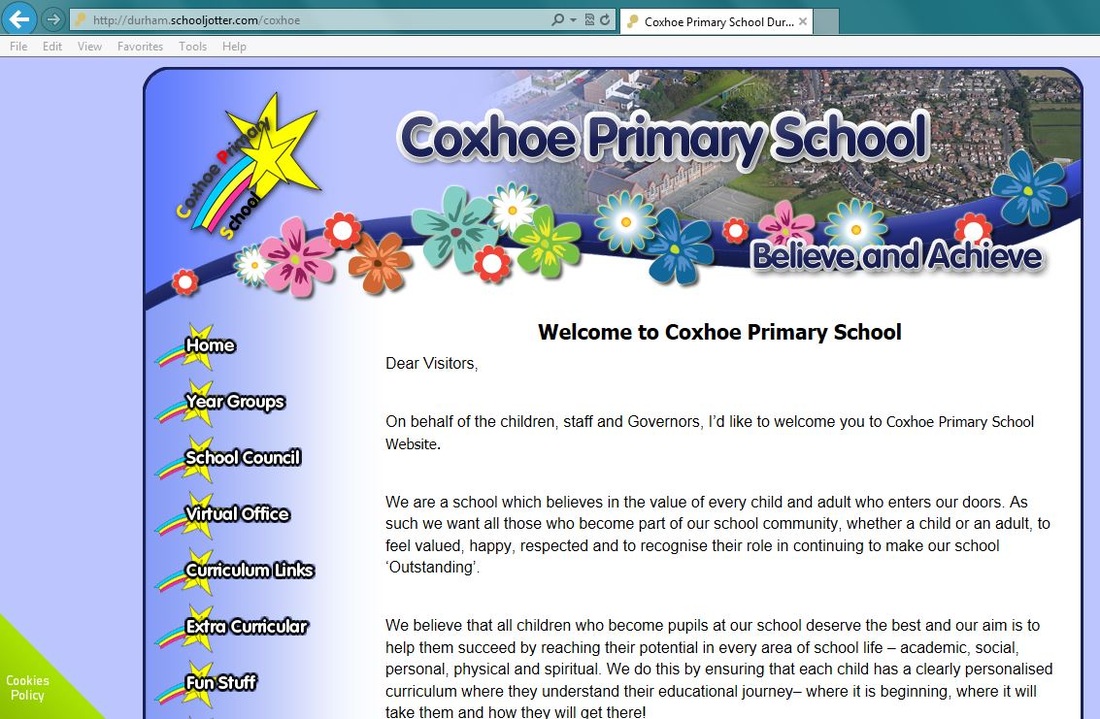 The above are just a sampling of the numerous instances of copy-paste performed by Gulen schools, businesses, and organizations as they "shop" the web for material that suits their purposes.  Yet supposed experts who study this Movement and its schools continue to repeat the mantra that its schools are excellent.  Do truly excellent schools find the need to engage in such practices?

by C.A.S.I.L.I.P.S. - Citizens Against Special Interest Lobbying in Public Schools  (CASILIPS on Twitter and slideshare)
see also  Gulen charter schools  and  Gulen in the International Press